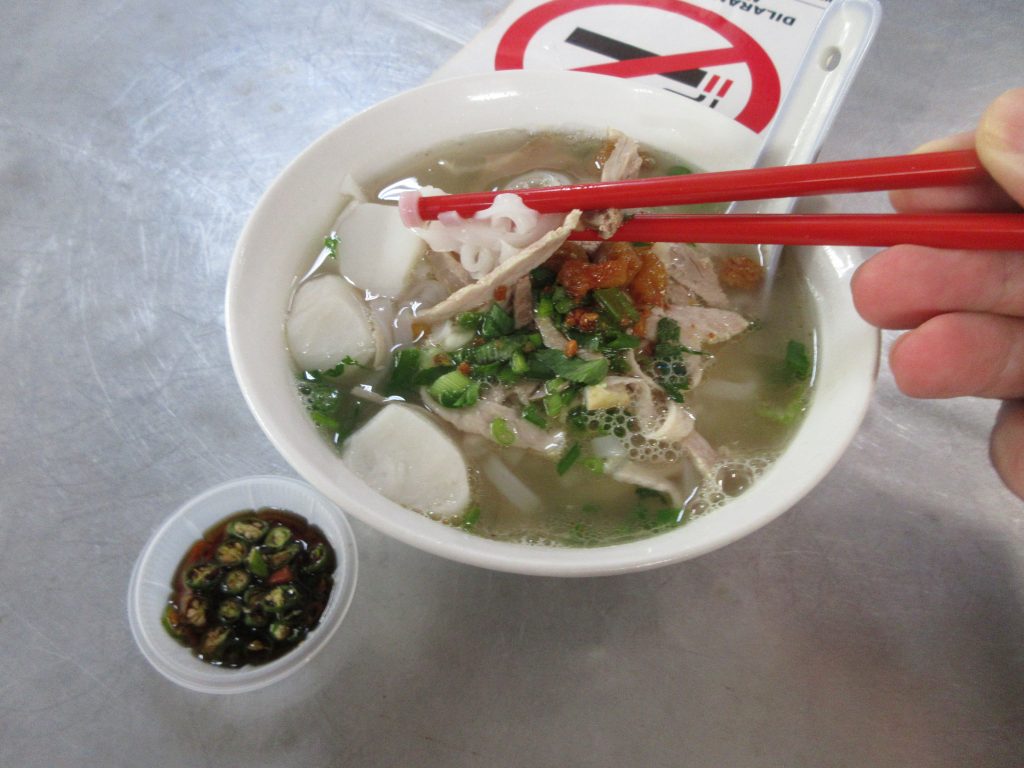 I am not much of breakfast guy, usually not hungry in the morning, however one breakfast I do crave in Penang, Malaysia is the koay teow th’ng soup. It is a fairly simple, mild dish with my favourite including   fish balls, slices of fish cake, small strips of chicken, crispy pork cracklings, koay teow noodles […]

Siam Road Char Koay Teow is in a New Cafe 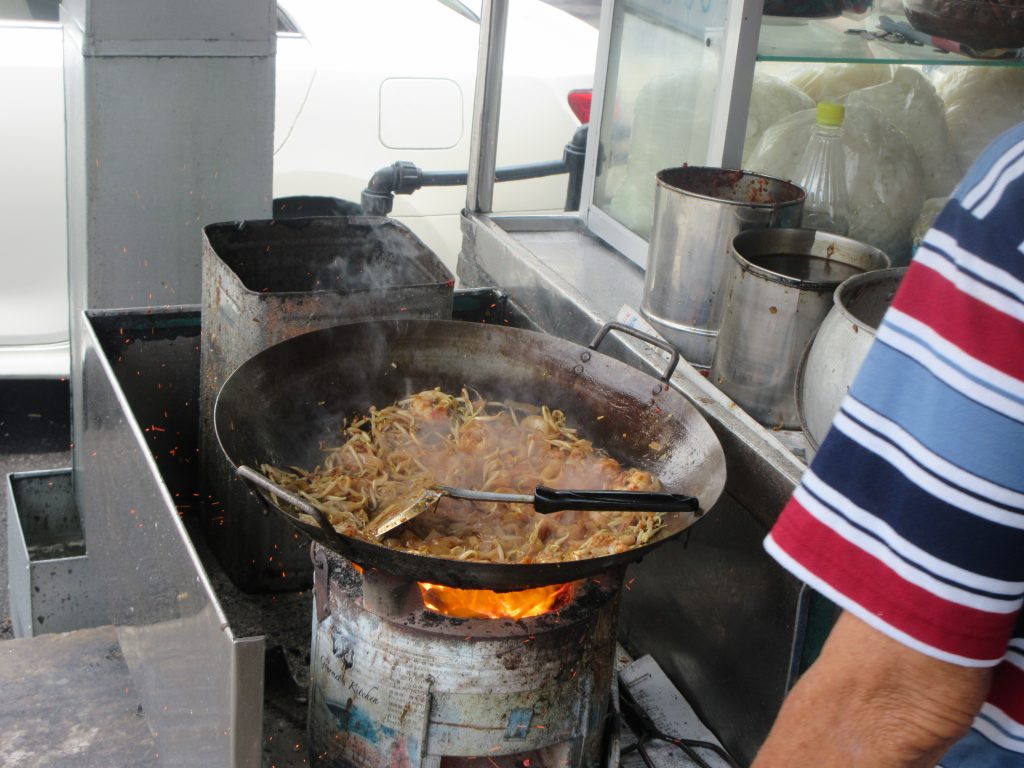 I have spent a lot of time on the balmy island of Penang, Malaysia and some say it is the street food capital of the world, lucky me!  Needless to say there is plenty of good eats on streets with a wide array of flavours including Chinese, Indian, Malay, Western and more. There are many […]

A Few Days in Songkhla

Recently, to soothe the wanderlust, I went on a brief sojourn to deep southern Thailand. I have been to a handful of coastal destinations in southern Thailand, most of  the usual suspects : Koh Phanghan, Koh Chang, Chumphon, Koh Lipe, and Krabi.  One of the closest coastal  destinations to Penang is Songkhla and it has […]

Roti Canai at Kampung Siam, Penang….End of an era??

Update: As of June 2017, this stall is still going strong! 🙂 Roti Canai is a fun Indian snack with the roti (bread)  first kneaded to  an almost paper thin layer, then cooked on  a large griddle and fluffed up with a flourish on the plate.  Usually it is served with a curry lentil sauce […]

Chicken Larb from Lao kitchen,  a Vientiance favourite I am a huge fan of a dish called larb (other spellings are larp, laab,laap), which is a  minced meat salad with  chicken, pork, duck or fish to name a few options.   I have had this dish a lot in the Esarn (NE) part of Thailand and […]

pancake pics He is the one I like to call the pancake whisperer and he has to be one of the hardest working street food vendors you will ever find. He makes one thing only, peanut pancake, though there is an option to add sweet corn. He cooks them in six gorgeous little cast iron […]

Penang 2012click on photos to see album Penang is a large island in Northern Malaysia that has become quite a popular tourist destination. As you can see from the photos, for me, it is mainly an eating story 🙂 I have to say that Penang has the best food in the world of all my […]