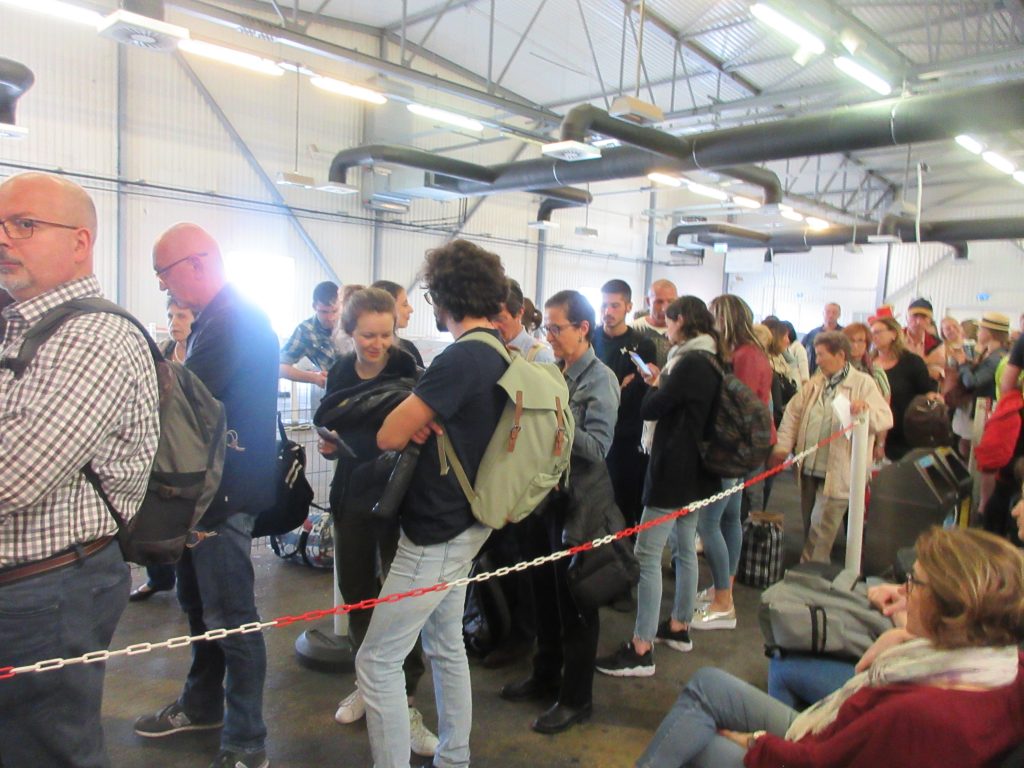 I have been traveling for a fair few years now and have scored some amazing deals along the way but it is going to be tough to top my budget airline blitz of Europe in the spring of 2019.  Arriving from Asia, it covered 5 countries, about 12,000 kms, with 5 flights on 3 different budget airlines (including Scoot, Wizz and the somewhat notorious Ryanair).  All this was over a two week span with plenty of good adventures throughout. Total for all these flights was under $500 CDN, what a coup! I will  share the highlights and tips I learned along the journey.

Typically I would fly over the Pacific from SE Asia  back to western  Canada as it is more direct and the Asian airlines are generally better. On the other hand, I do enjoy European culture, food and drink so if a good opportunity presents itself for a trip there, I will grab it. Such was the case this May when I launched my budget airline blitz of Europe.

Before I went all in on this plan, I did a fair bit of research on airline  terms, conditions and extra fees especially regarding baggage.  I soon saw  that the only way this trip was going to be a great value was to travel carry-on only.  I should have been traveling carry on only for years now and I usually do around Asia but for that long haul between Asia and Canada I have always had a checked bag.  After careful consideration, I opted for one carry-on size backpack that I could pack about 10 kgs in  and one small day pack that would fit underneath the seat. I definitely wanted to avoid having my bags weighed or sized so I would try to look cool (like Fonzie) when checking in at gates, with my carry-on hanging from my shoulder, hopefully looking like it weighed nothing at all.

The flight offer that really got this trip off the ground was the Scoot Air flight  from Penang, Malaysia to Berlin, Germany via Singapore.  The economy  one-way fare started around  800 MYR ($250 CDN).  The flight from Singapore to Berlin is the second longest budget airline flight in the world, clocking in at 12 hours and 55 minutes. Great deal that this is I felt it daunting in basic economy  and opted for a bit more comfort by booking in the quiet zone at the front of the plane, add-on 160 MYR.  Scoot is a subsidiary of prestigious Singapore Airlines so they do offer a fair amount of services, though you cannot expect much to be complimentary at these prices. They have certainly come up with some innovative fees.  Do you want a blanket for that night flight?  No problem, that will be $15 (you get to keep the blanket).  Want to plug in your electronics?  No problem, they will power up your plug for $5.  I knew from a previous Scoot flight that the food was best avoided, so I brought on a couple snacks and water bottle on the down low .  As long as you investigate the fees for extras and adjust your expectations, it’s no problem.

So how did this mid air marathon go?  Surprisingly well.  The timing of the flight suited me perfectly, leaving Penang in the evening for the short hop over to Singapore. The stopover there was about two hours, just long enough to sit down for chicken rice and any other  Singapore food I had a craving for.   The long haul flight departed Singapore a little after midnight, perfect for zoning out for a good few hours.  Arrival in Berlin was 7;30 AM.

I booked my seat in the ScootinSilence zone  which is in the front of the plane, directly behind business class and there are no kids allowed. The seats have slightly more space than basic economy.  I had the illusion that perhaps I would have a spare seat or two by me, as the seats in that section cost more than basic economy.  I was mistaken, in fact I didn’t see a spare seat anywhere on the plane. The seats were in the 3-3-3 arrangement.  I took a window seat and was a little afraid I would be trapped in there most of the time.  As luck would have it, the couple  beside me got up often and for long stretches so I had plenty of opportunities to stretch my own legs.  The leg room wasn’t too bad,  I had at least a couple of inches between my knees and the seat in front of me.  There was no boarding preference however when we arrived in Berlin,  our section got to disembark before the basic economy.  This meant I was front of the line at immigration, bonus.

Two days later was my next flight from Berlin to Budapest.  I was keen to make this trip via train for the  relaxed ambiance and the scenery.  In the end I booked a flight on Wizz Air instead as the  train journey is a tad long at 12 hours versus a 1.5 hour flight and the flight only cost $45.46 CDN, less than half of the train fare. This included an extra fee for priority boarding which I got not for the priority boarding but because it allowed for a 10 kg bag that could be put in the overhead bins,  The basic fare only allows for one small bag that must  be stowed below the seat. It is just as well I did not have my heart set on a priority boarding experience as there was none, just one big general boarding.  They did tag my bag as priority, this allowed them a way to keep track of who had paid for the bigger bag in the overhead bin. The flight went well though it was raining upon arrival in Budapest and we deplaned way out on the tarmac.  They have a covered walkway most of the long walk to the terminal however I had to tiptoe through water puddles a couple of inches deep in places.  Overall this flight was a winner,  point A to point B with no major issues and at a super price.

After a few days in lovely Budapest it was onward to Bologna, Italy.  Not sure why but this trip came up with a lot of B’s.  Again I went with Wizz Air and included the priority boarding.  I thought as Budapest is home base for Wizz, the priority experience would be more impressive but it turned out not so much. The Budapest airport is quite nice but they had some “special” gates for the budget airlines . To get there we got on bus at the main terminal which took us to a large metal shed in the middle of the tarmac.  Once inside, there are about half a  dozen gates each with a desk and cordoned off walkways,  reminiscent of cattle stockyards.  There is a separate line for priority boarding so I got through a bit faster.  There were separate corrals for priority and regular passengers but as there was minimal staff I saw some regulars jumping the fence to priority.  After about 30 minutes wait we got to board,  priority got to go first.  The flight was good and at only $61.42 CDN to get to the coffee/food paradise of Bologna, absolutely worth it.

The final flight of this trip was from Bergamo, Italy to Paris (Beauvais) via Ryanair.  Confusingly Ryanair  calls the airport Milan Bergamo but it is actually the airport for the charming city of Bergamo, not Milan.  Paris Beauvais is also misleading  but I will get into that later.  Ryanair has been moving masses of people for ages now and there system is efficient.  My flight was a very early departure, 06:30, but  I had no issues with any of the Ryanair service. Landing at the wee Beauvais airport, you soon realize you are a long ways from Paris, about 80 kms in fact.  There is special bus service to the Paris city center which they say online will take 1 hour 15 minutes but in reality it took about double that with the Paris traffic at that time.   The price of the flight with priority boarding was great at  only $44.05 CDN but due to this airport being so far out, I do not recommend any flight to the Paris BVA airport.

This was a great trip and  I hope it will inspire travels of your own.  The main tips I learned on this great adventure are:

A Short But Sweet Tour of Central Europe in Croatia, Slovenia and Hungary

After a long travel drought due to C19 restrictions, this late-autumn tour of Central Europe got my

Travel in the Time of Covid

I am not much of breakfast guy, usually not hungry in the morning, however one breakfast I